The local housing association Leipziger Wohnungsbaugesellschaft (LWB) owns more than 50% of the housing stock in the neighbourhood of Neulindenau and is currently dealing with high vacancy rates, particularly in the buildings that have yet to be modernised. The architectural development of this neighbourhood began on Lützner Straße in the 1920s and got an additional boost in the 1950s through the establishment of the housing development Hermann-Duncker-Siedlung. This neighbourhood was built with an intentionally insular character based on the concept of “Neues Wohnen” (new living), that developed in rather negative directions, particularly during the 1990s. Currently, the area is quite closed-off from its surroundings owing to the neighbouring community-garden complex, the unused and undeveloped former harbour and the sparsely populated business park along its outer borders.

Currently, it is almost impossible to find tenants for the flats that have yet to be modernised or have only been partially modernised. It might be feasible to market these flats at rock-bottom rental prices, but Neulindenau does not appear to be entirely suitable for the low-price segment, students etc.  In this context, changes should be made to the types of floor plans, along with adaptations that increase comfort and convenience in order to achieve the necessary personalisation of the interior spaces.

Renovation and partial demolition of the existing structures

A garden-city atmosphere could be created by making major changes to the structure, e.g. by abandoning the uniform appearance of the housing complex. Owing to the fact that the construction costs for measures of this kind are relatively high, it would be necessary to target the upscale owner-occupied and rental-housing segments. This would appear to be a viable approach for the tense situation on Leipzig’s real estate market if the potential of the surrounding area and the housing complex itself could be fully exploited.

Empty buildings that have yet to be modernised will be demolished. Open spaces will be reparcelled and developed with new building laws. An attractive housing complex for single-family homes will be created in relatively close proximity to the city centre.

The repurposing of the open spaces that would be created through the demolition of buildings would form the basis for extensive interim uses of the open space. The fundamental theme of these areas would comprise forest and field structures, as landscape management. They could later be used as building land if needed. At this time, a sensible form of structural use is to be negotiated, meaning a redefinition of the urban structure. In this way, a true urban redevelopment plan could be negotiated without prejudices and sensitivities.

The extremely extensive open spaces would allow for a partial densification in the future with no significant negative impact on its existing qualities. 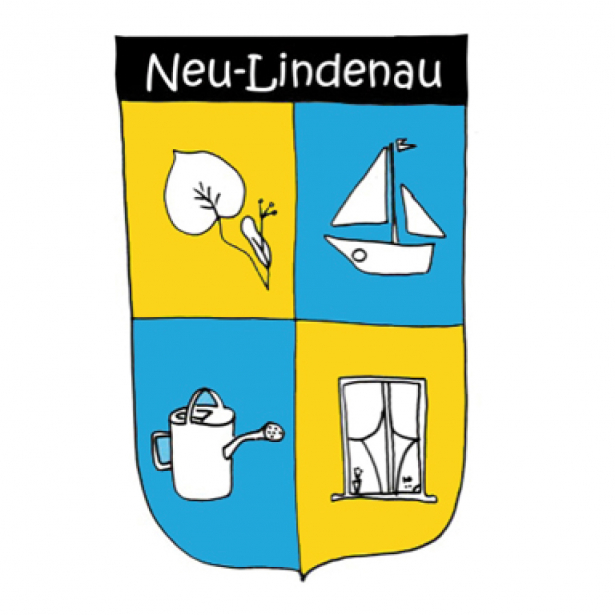 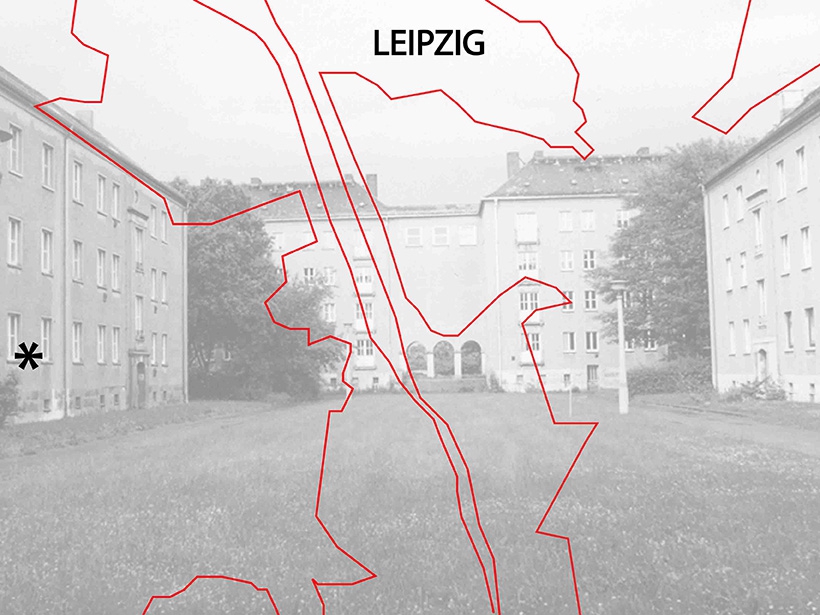 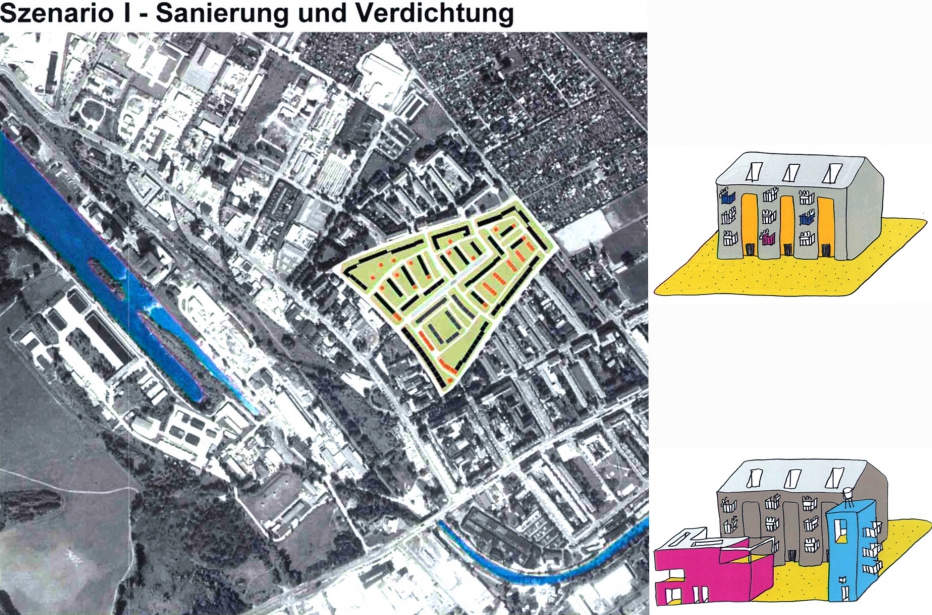 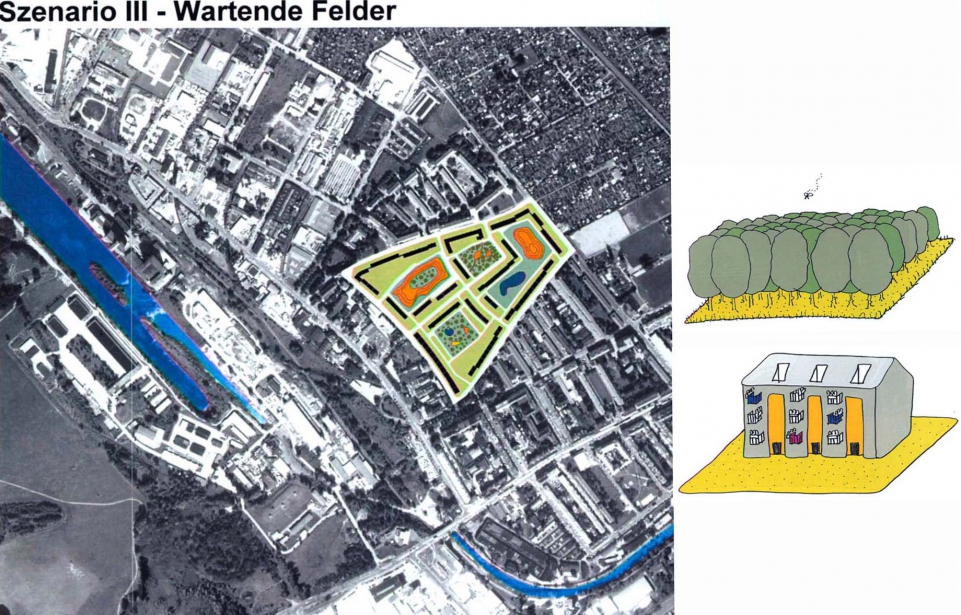 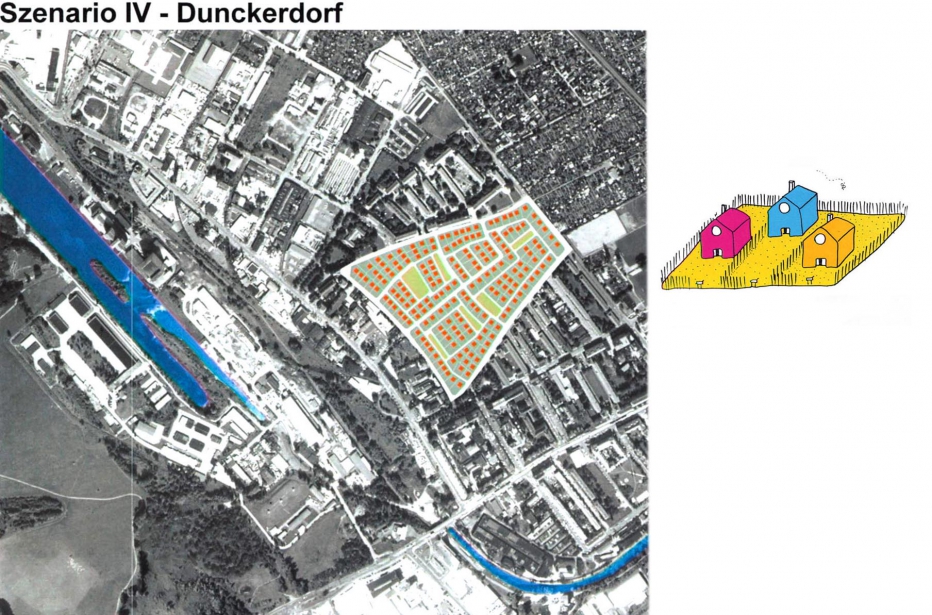 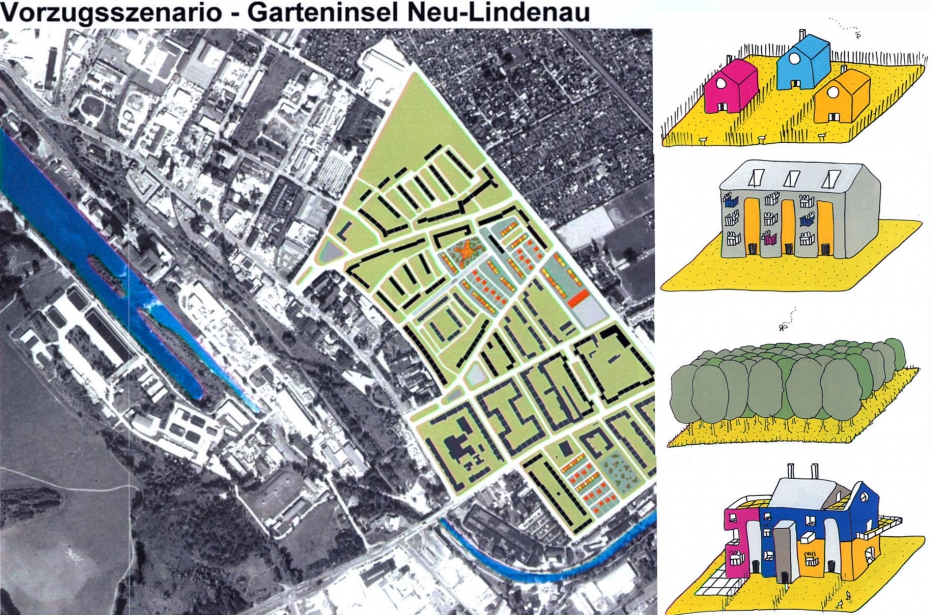