This building was once an old bathhouse on the river Luppe in Lindenau, a neighbourhood in the western part of Leipzig. After the Second World War, it was used as a single-family home and stood vacant for a few years. Almost nothing remained of the original facade. Only the porphyritic stones in the cellar were still intact and have been re-exposed. The building has four storeys. In the cellar there is a sauna and storage rooms. The ground floor has a kitchen, as well as a living and dining room with direct access to the garden. On the first floor, there are bedrooms and a bathroom. On the top floor, there is an atelier with windows overlooking the Palmengarten Park. 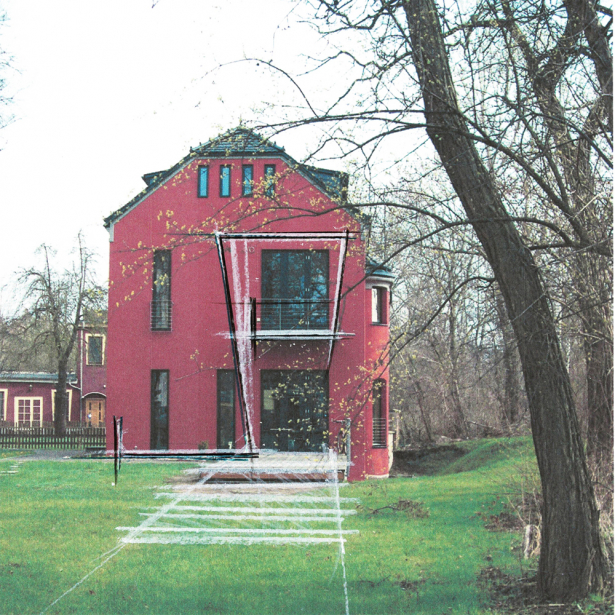 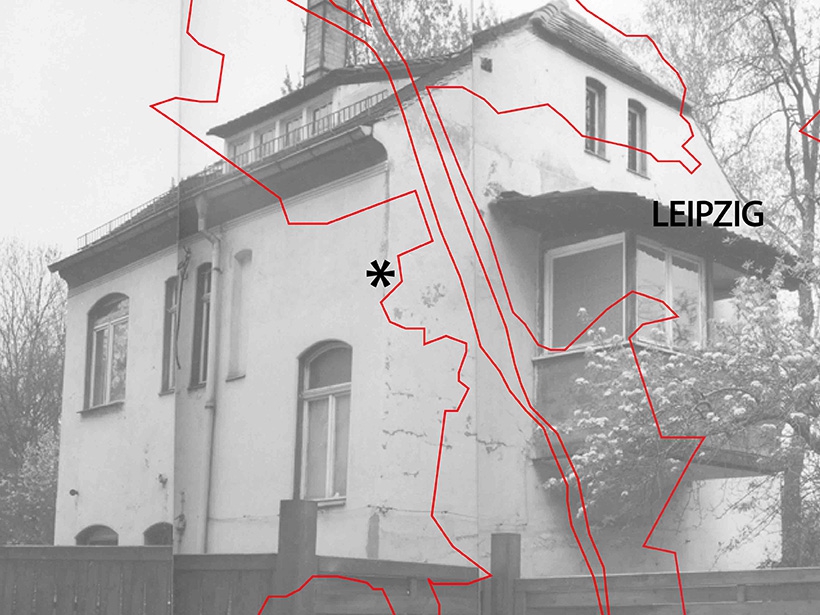 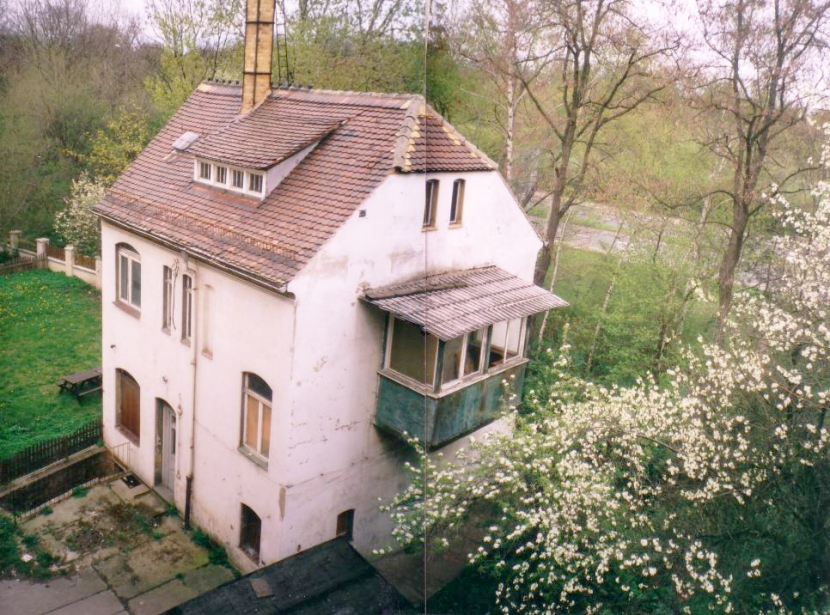 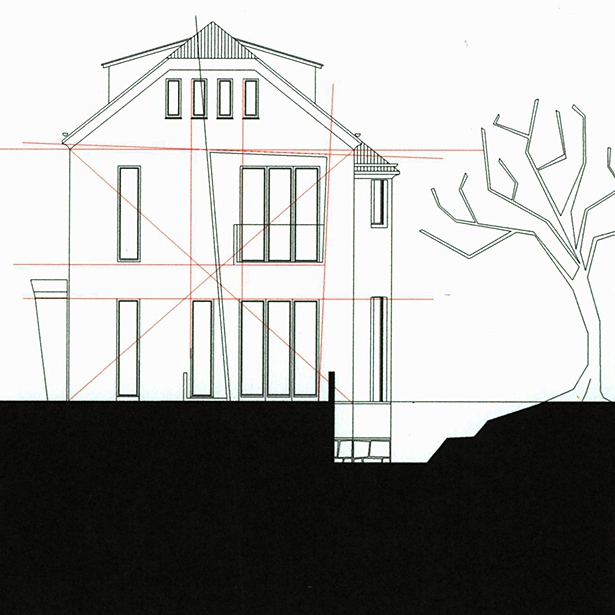 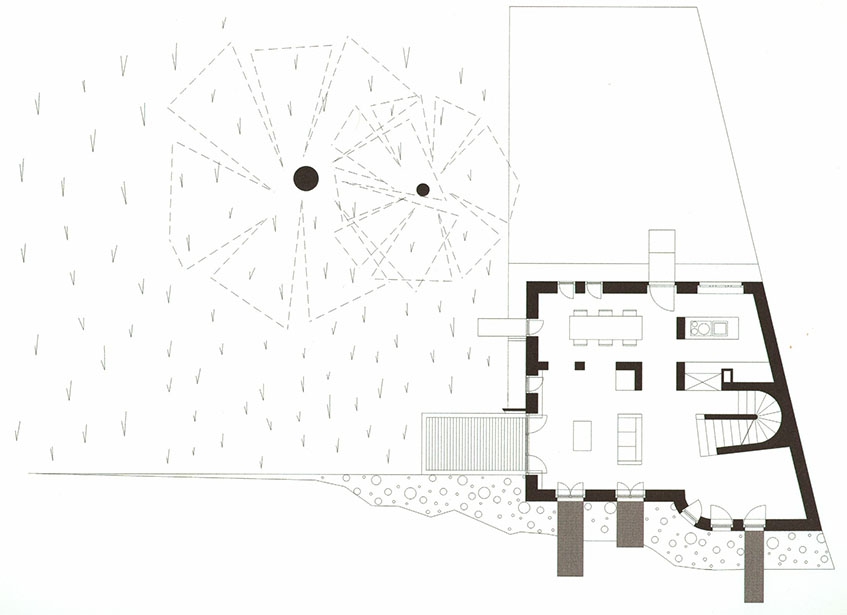 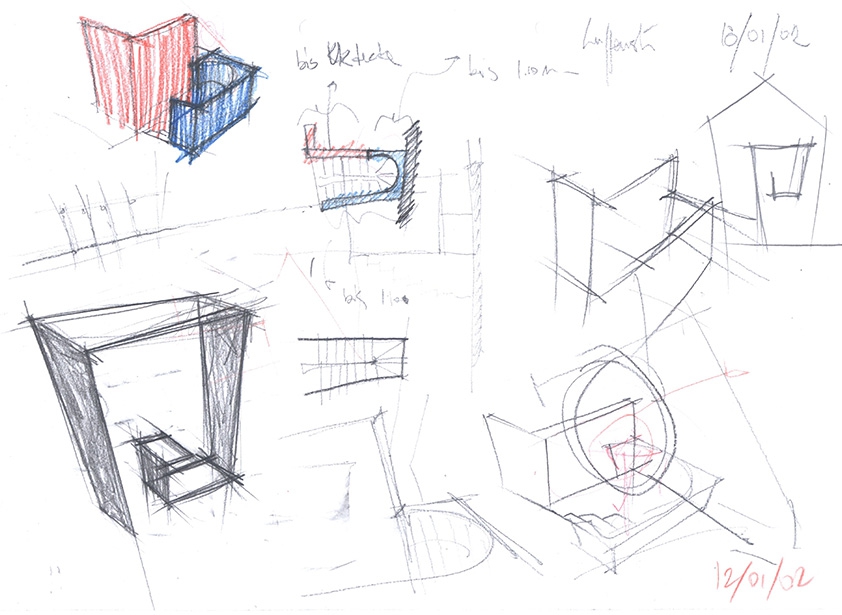 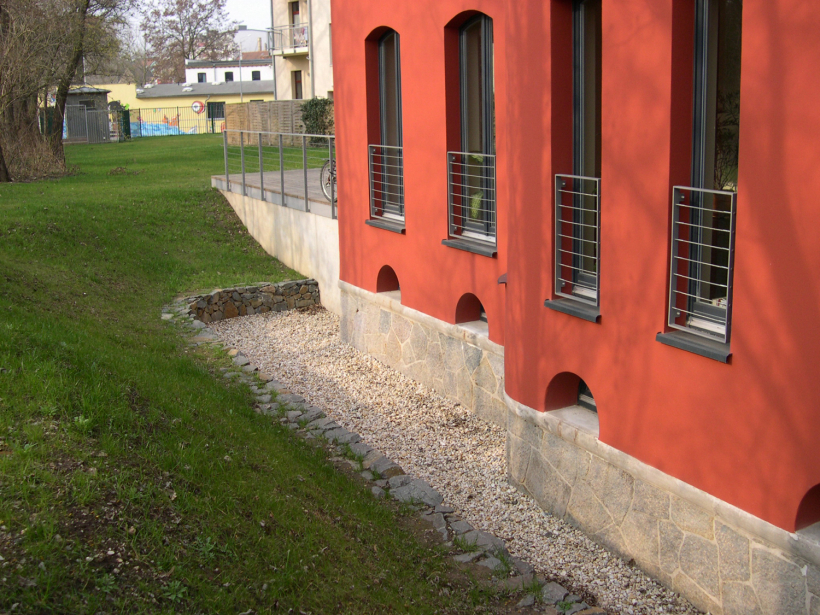 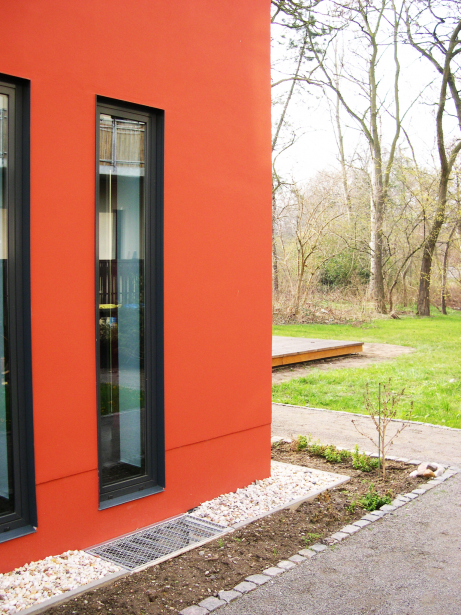 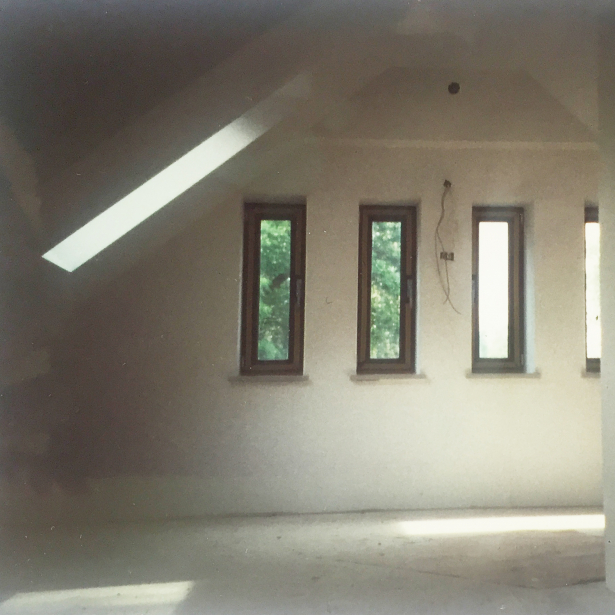 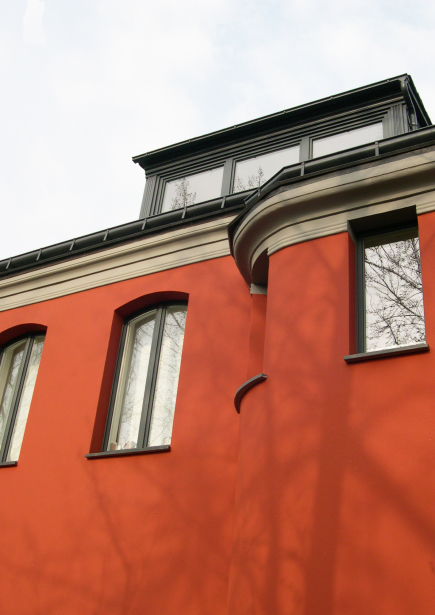 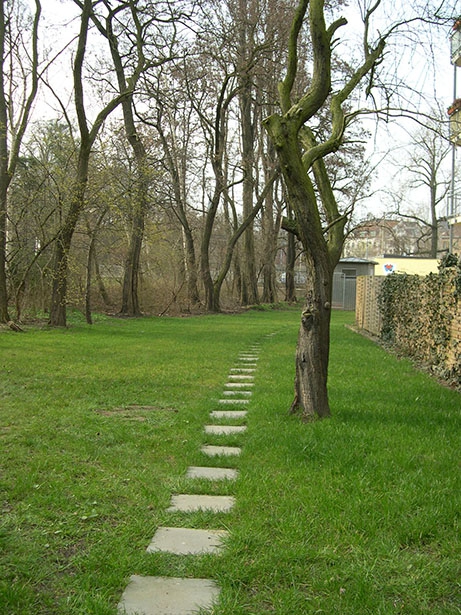