The survey site stretches from just outside the city centre to the edge of the city. This area of the city is characterised by an extremely dense structure with a very large percentage of simple residential buildings that were constructed to house workers in the past century, interspersed with the remains of old village structures. The current situation in Leipzig’s East is characterised by an extreme depopulation and a high unemployment rate, which has resulted in a high percentage of vacant flats. The ever-worsening image of this part of the city is a typical problem facing the regions of  former East Germany, and, according to the demographic prognoses, the situation will continue to deteriorate. Over the next several years, 50% of the existing architectural structures will become available. This situation will open up enormous potential and spaces for innovation and experimentation. However, it is also associated with the need to conceptually leave behind the classic Gründerzeit structures and dream up new images.  A new type of urban landscape has been developed with the categories “Kern” (nucleus) and “Plasma”, which were introduced by L21, along with associated strategies. Through the existence of various urban forms, this new urban landscape allows for many different ways of life and, at the same time, creates new freedoms for the integration of peripheral uses into the existing structure.

Three scenarios have been created

The structure of small urban open spaces is connected through the targeted demolition of certain parcels, forming a continuous green corridor, or “Open Belt”. A place of calm and leisure is created. The uncovered stream Rietzschke, whose course the Open Belt follows, becomes the trademark of the area. It is a simple, open and green urban space that allows for temporary uses and enables the residents to take ownership of their neighbourhood. The green structure is formed by the existing vegetation – courtyard trees from the demolished buildings – and the open space is designed using reduction and recycling of the demolition material.

History, patina and tradition play an important role in the dense urban islands of the European city: they are classic points of orientation and identity. The localisation takes place at distinctive urban points or in areas with special potentials. Their size is adapted to the funding opportunities, which are concentrated here. The nuclei as extract of the old city.

The substance of the intermediate spaces of the urban area, which is characterised by dynamism, changeability, contradiction and low density, has the traits of an arts and crafts area, or a testing ground. The “Plasma” is the place of individual freedom and the site of the city’s growth and shrinkage processes. 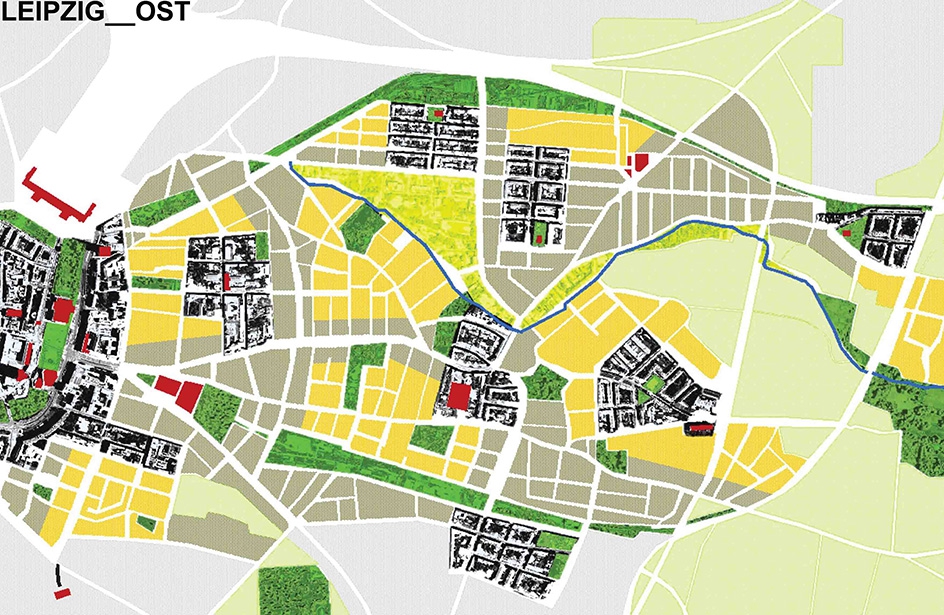 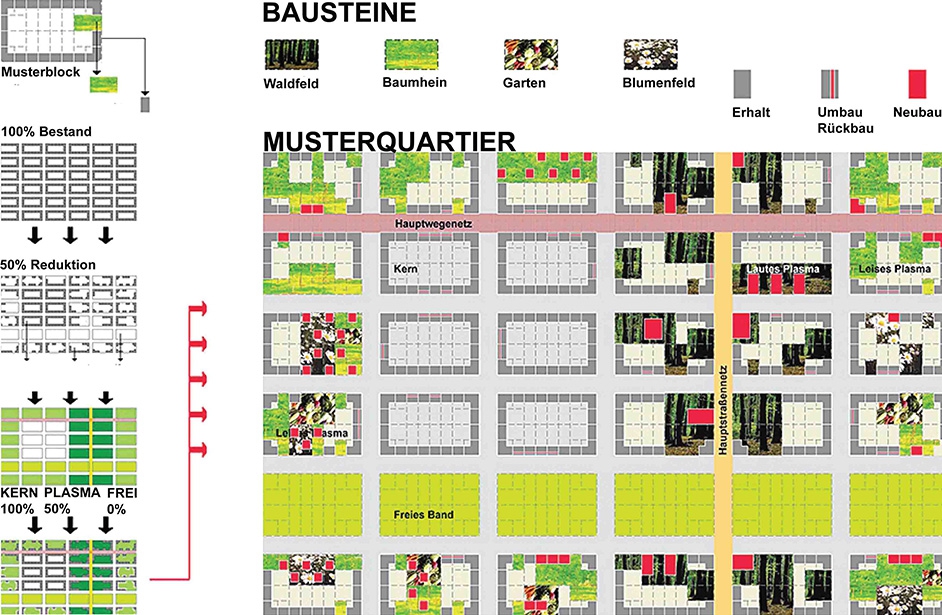 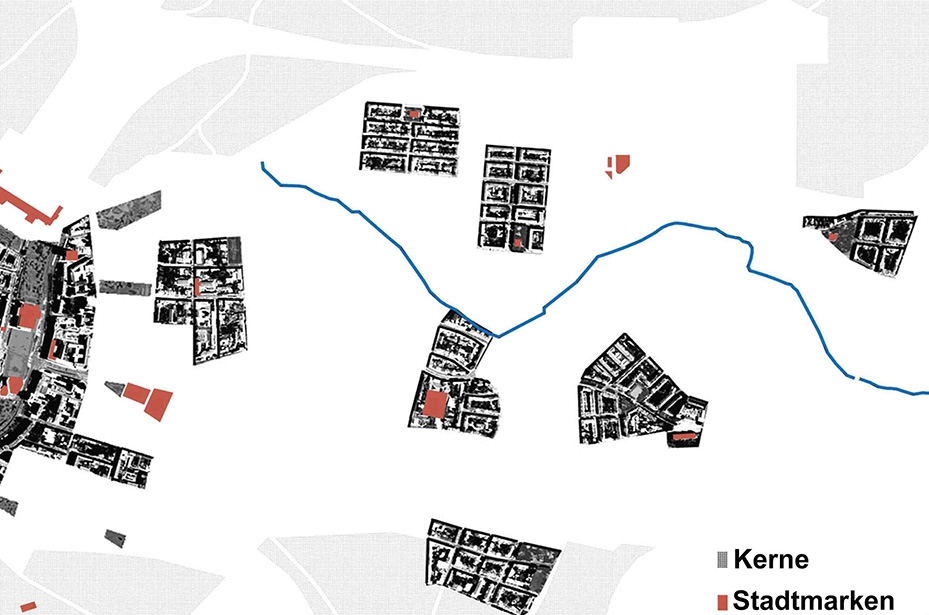 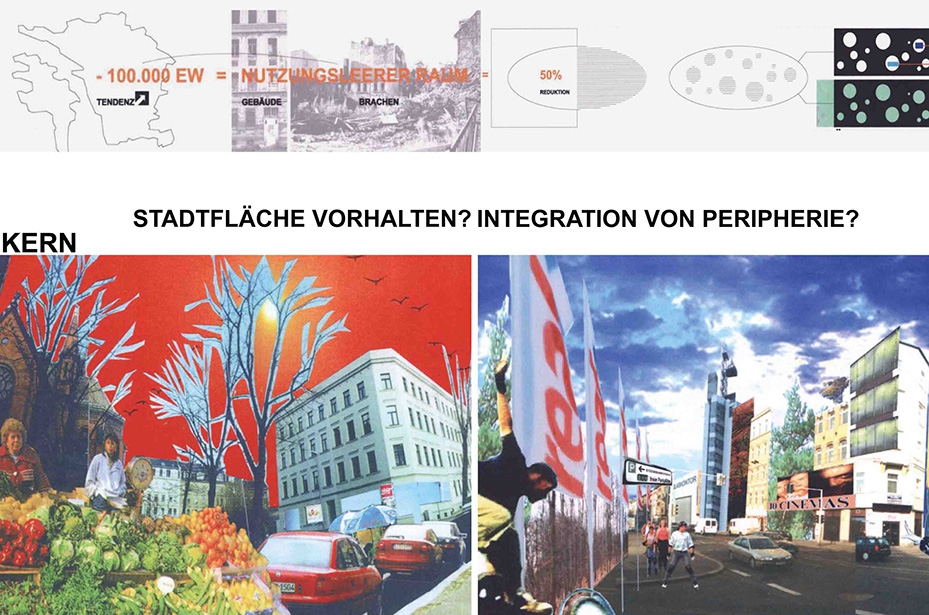 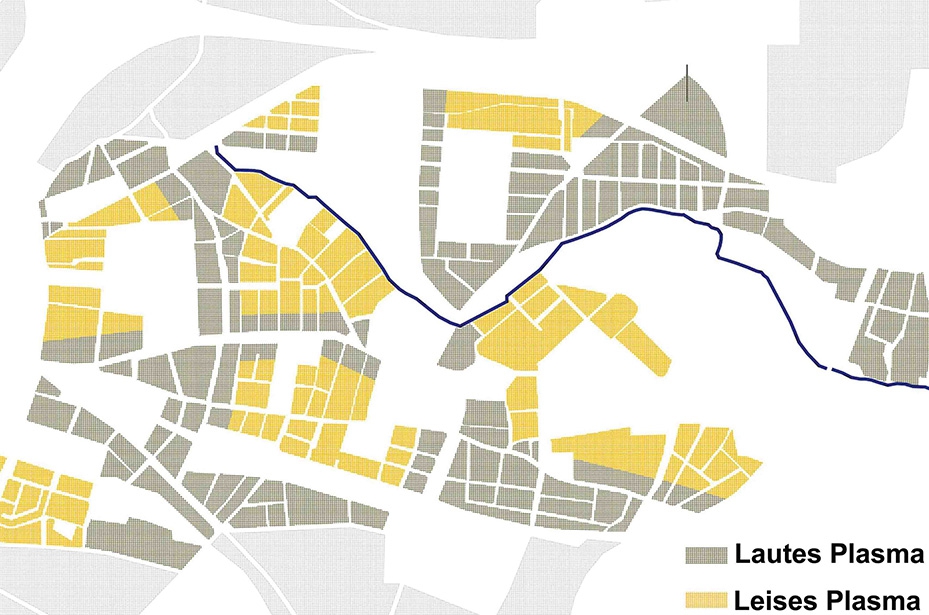 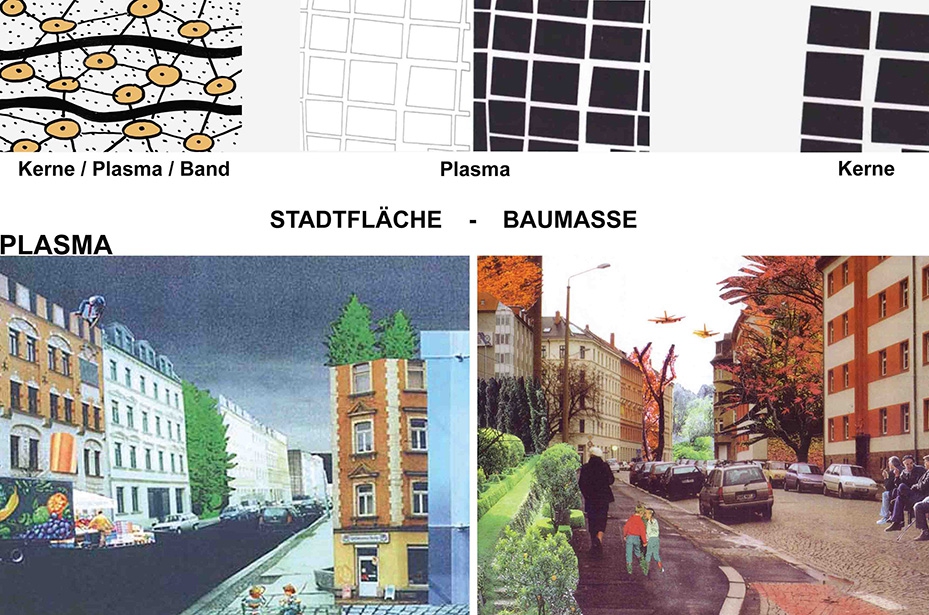 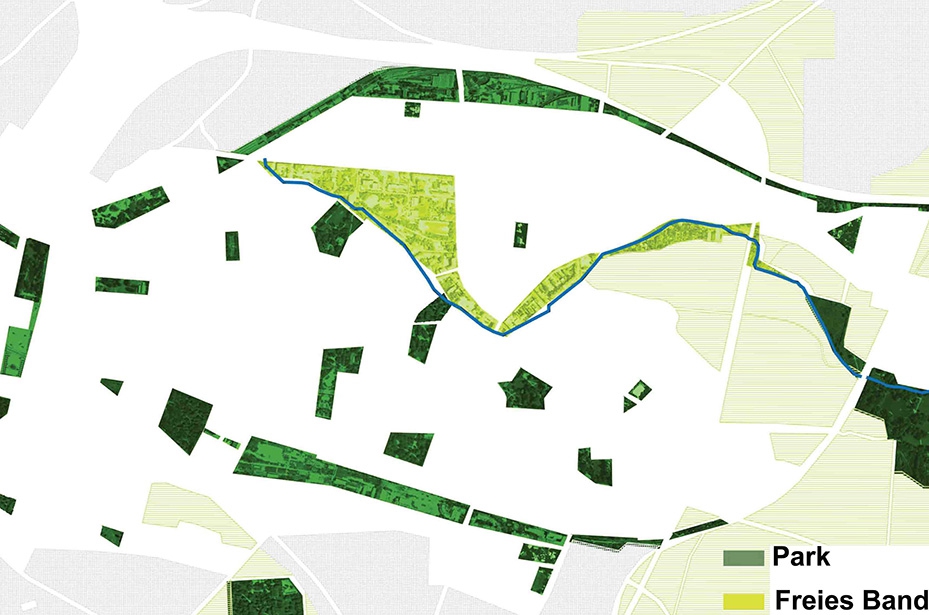 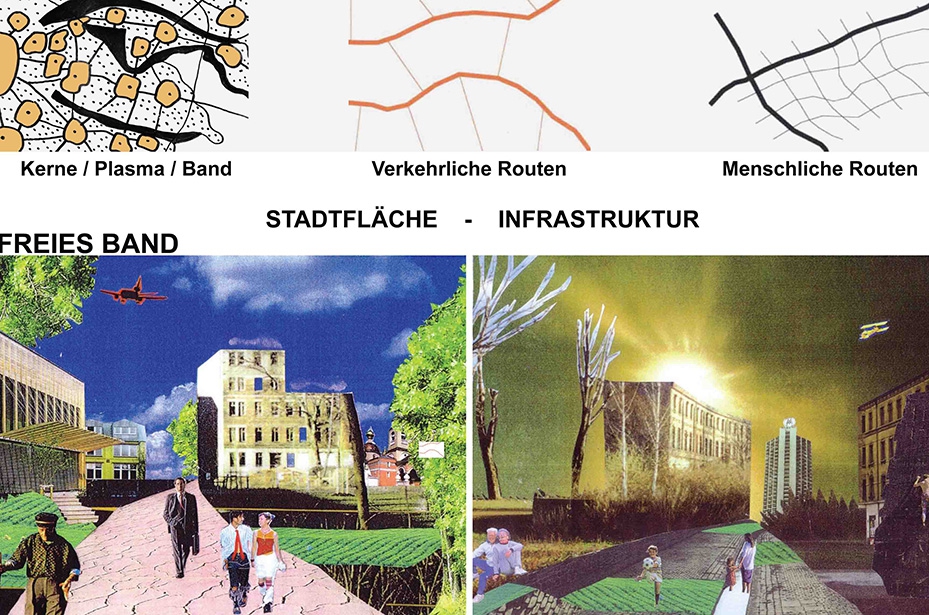