The villa is located in Genoa, Italy, in an upscale neighbourhood with many urban villas. The restoration was limited to the villa’s stately floor Piano Nobile. The building had already undergone several restoration projects and lost its original character. The halls of the patrician floor were repurposed, and the arches were no longer visible. The aim of the project was to restore some of the rooms to their original condition. Owing to their size – an internal height of almost 7 metres – it was difficult to plan the kitchen in one of the halls. The stairway connects the two floors as a sculptural element and functions as the shell and protective case for the kitchen. The kitchen is part of the hall but cannot be seen, owing to its shell-like exterior. 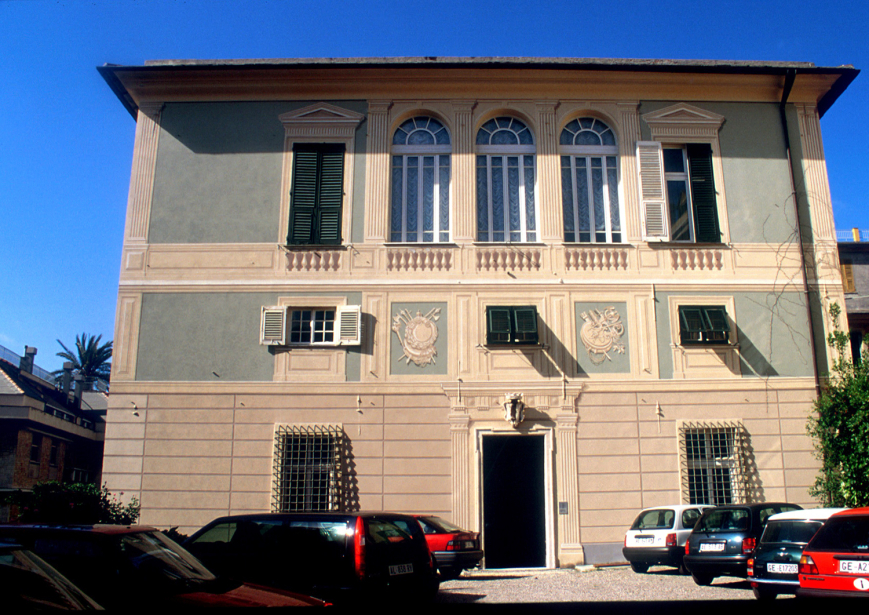 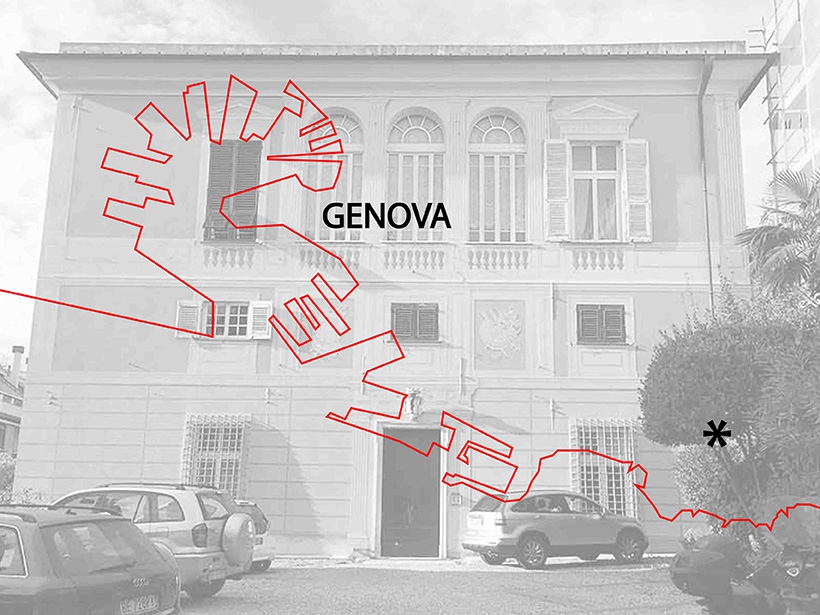 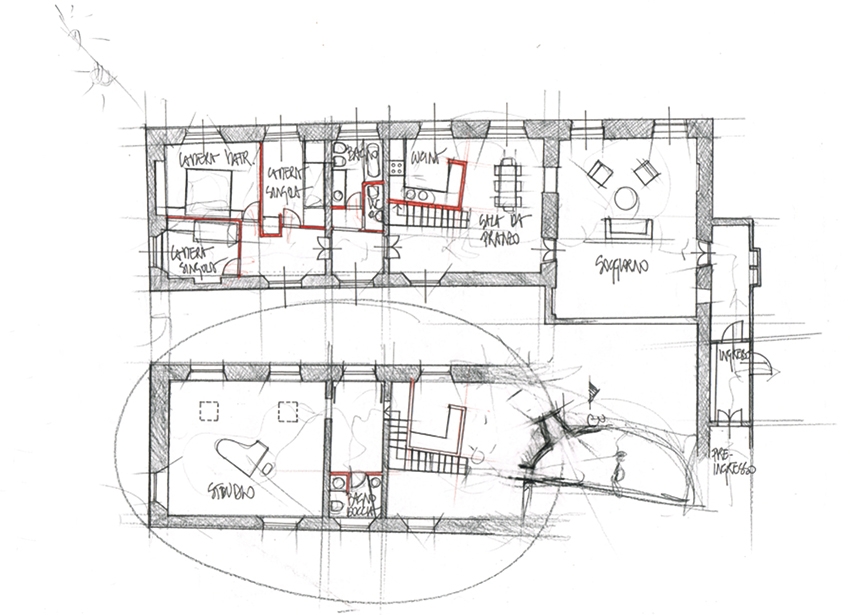 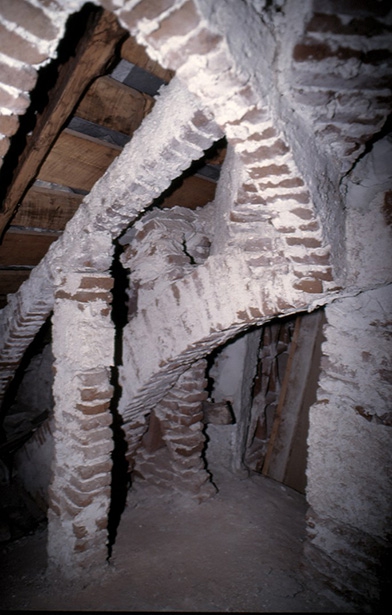 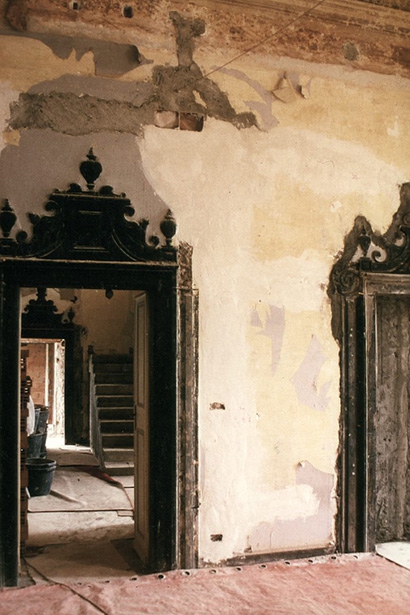 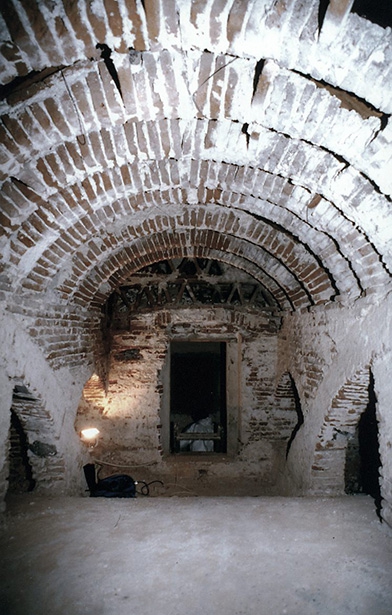 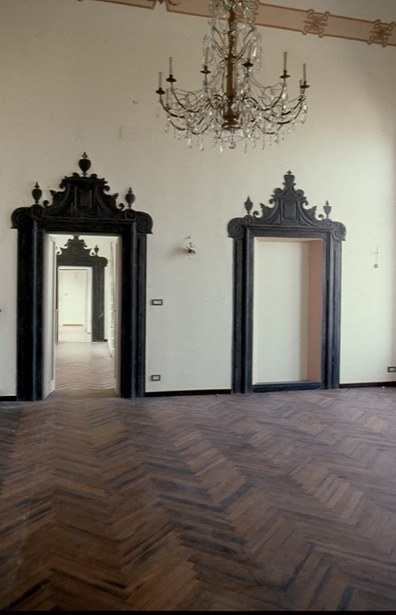 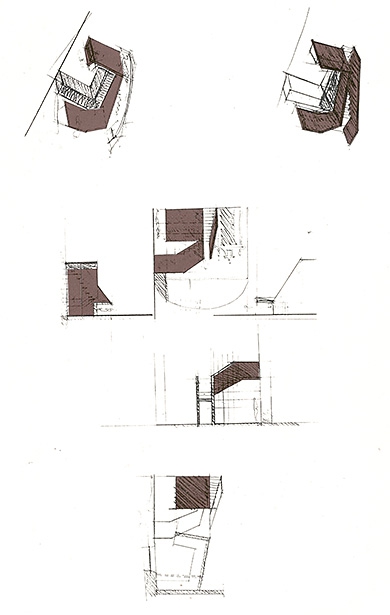 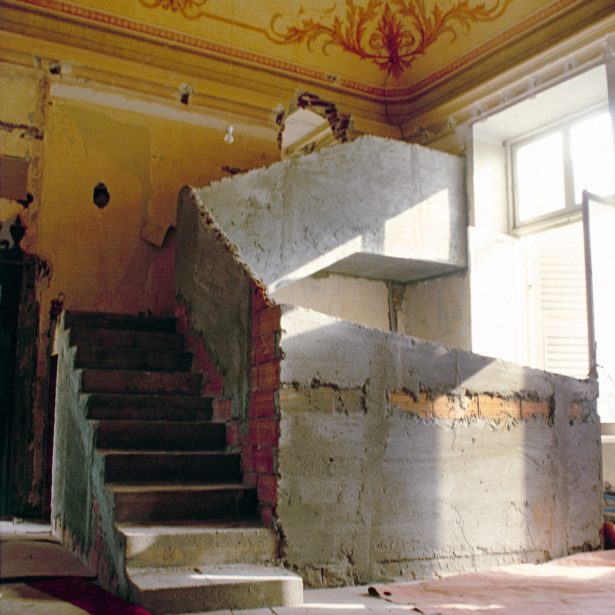 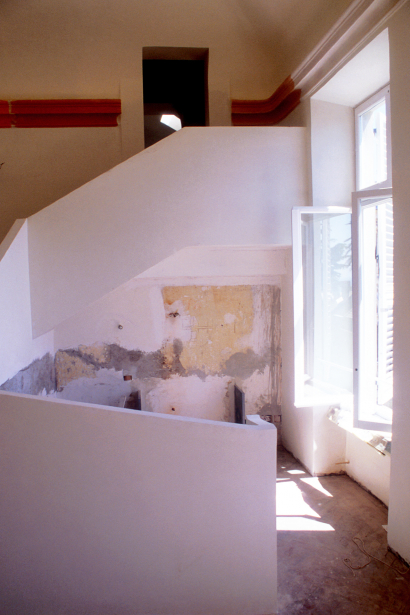 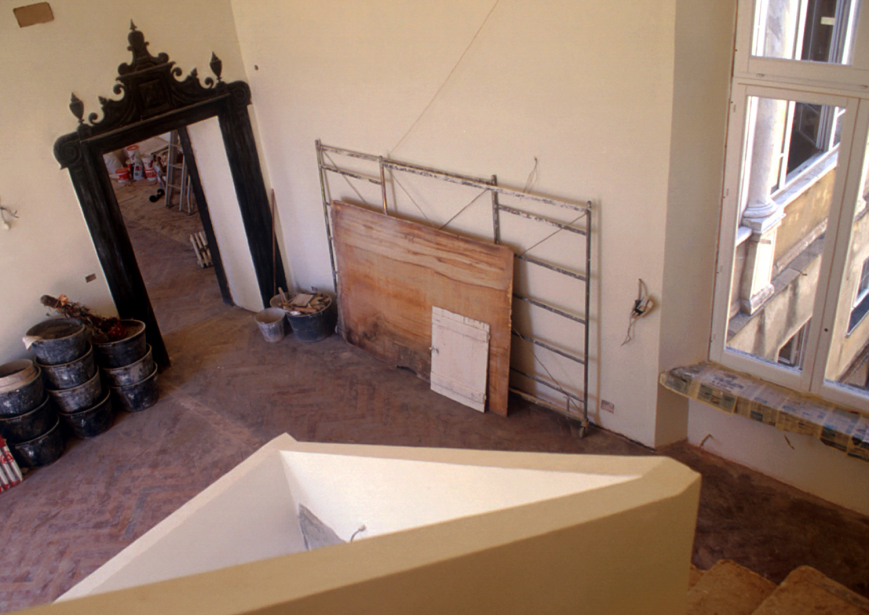 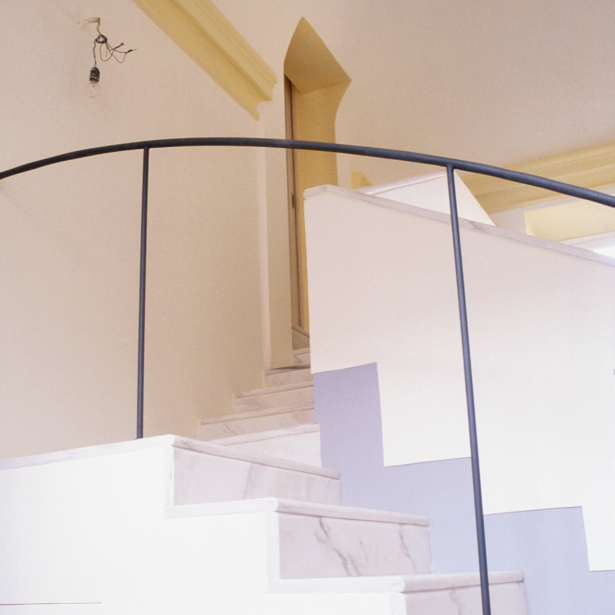 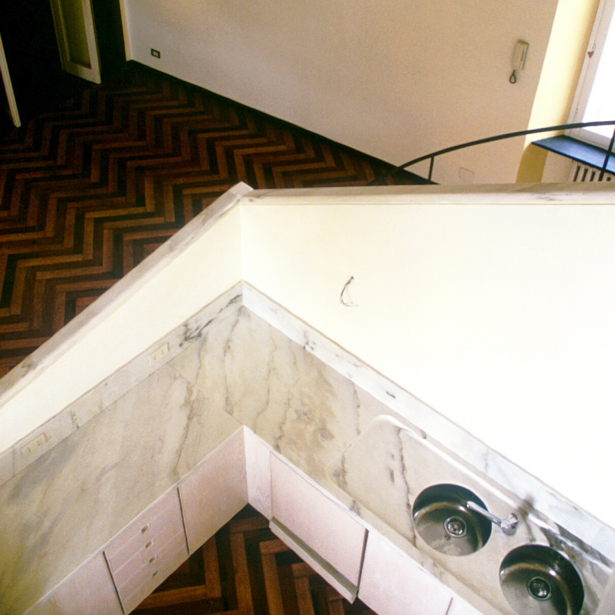 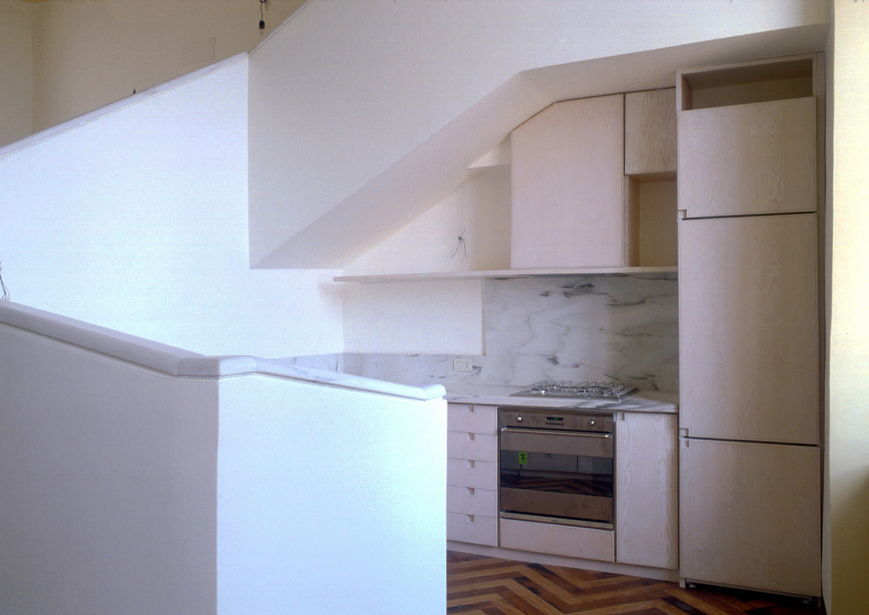 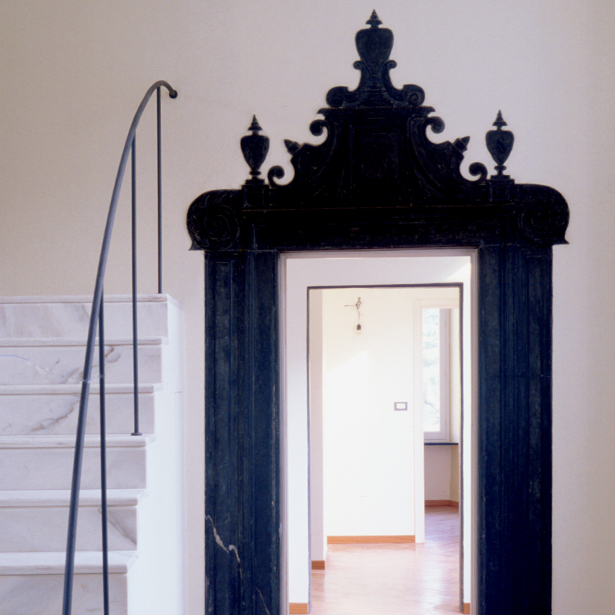 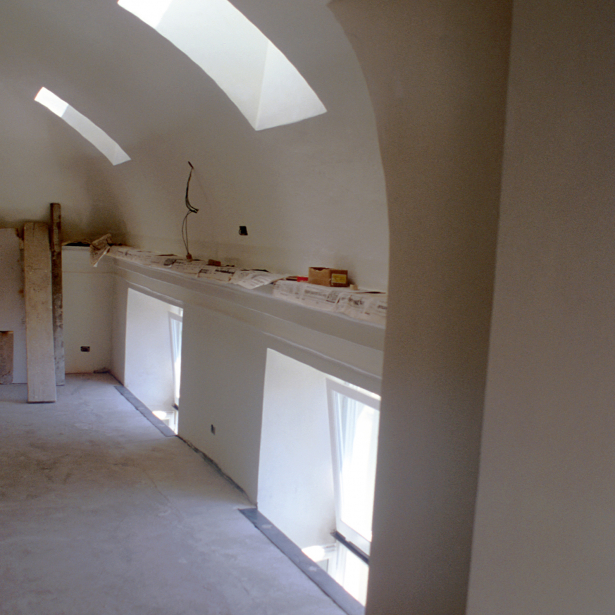 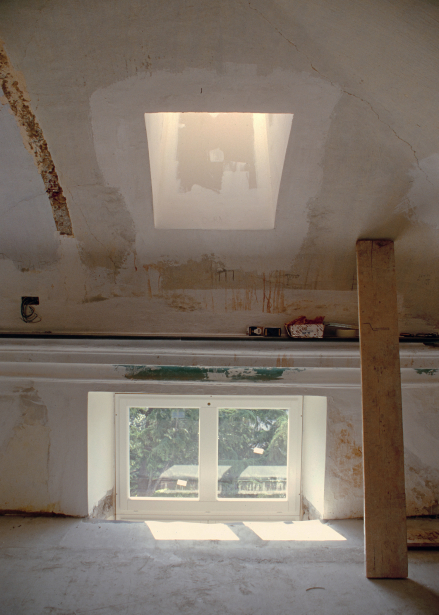 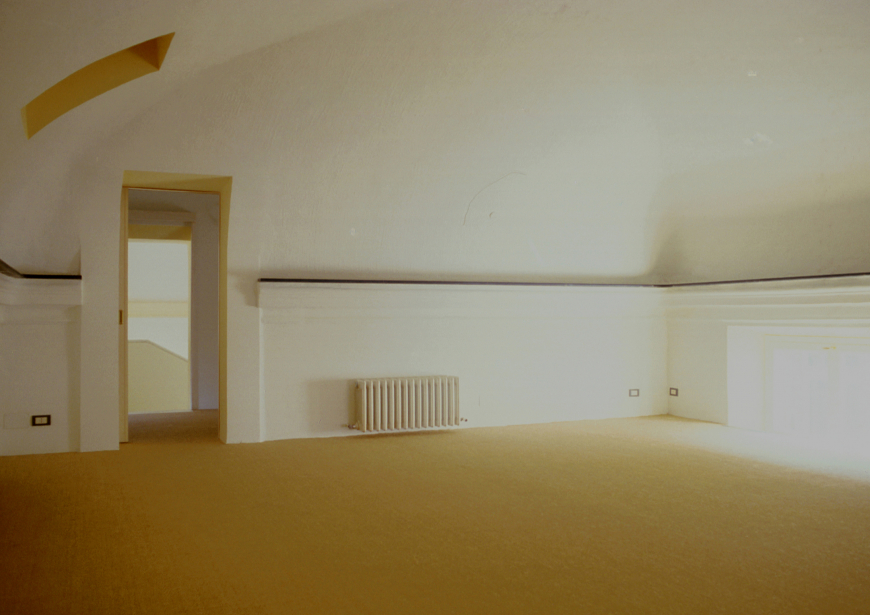 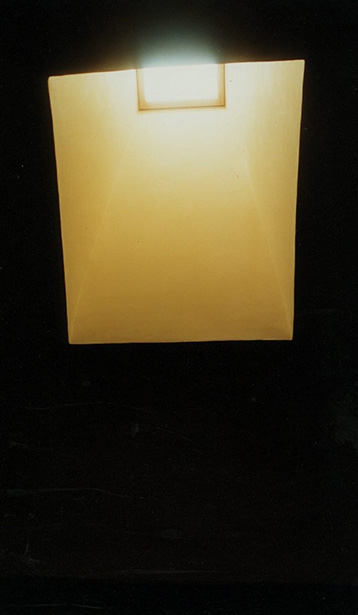