“The population of Germany is ageing and shrinking. However, the shrinking and ageing processes are not occurring at the same rate throughout the country. Although a few Western German metropolitan areas continue to grow, Eastern Germany can be described as a Corridor of the Elderly, where it is estimated that, by 2020, one third of the population will be over the age of 60… The Corridor of the Elderly will also be a corridor of the poor and less educated. In this context, all known parameters for shrinking populations can be seen in an extreme form…

In order to ensure the provision of services in these areas, a restructuring will be required that addresses the important issues of self-reliance and concentration. For the entire region, there are three basic urban and housing models that could make life possible in the disintegrating area:

1.  One model is the Regional Anchor as a mini-conurbation. It represents the new, concentrated infrastructure systems of the state and is also responsible for the supply of mobile services to the surrounding areas.

2.  The island model of the Culture City is focused on the preservation of cultural heritage and the maintenance of a stable population by attracting elderly residents – basically a European version of Sun City…

3.  The third model, Regional Self-Reliance, deals with self-governed, regional infrastructure systems. In this model, it is the existing isolated or network-like structures that need to be strengthened. The remaining areas are left unmanaged. New landscapes will develop. Regions will turn into steppe, and the fear of the wolf will disappear.”

The outcome of this research project in the context of the international exhibition “Shrinking Cities” was the audio piece “Wir Alten” (“We Old Ones”). The work was a co-production of L21 with the authors Franziska Buschbeck and Gitte Kießling. It describes a journey taken by a fictional character, Sebastian, through the Corridor of Elderly – an area of extremes – in the year 2050, when civil society has been forced to make adjustments at all levels. Welcome to your future!

More elderly – fewer children. Over the coming decades Eastern Germany, which is already plagued by depopulation, will see the average age of its population increase even more rapidly. What will life be like in the year 2050 in the so-called “Corridor of Elderly”, where one-third of the population is over the age of 60. Imagine you are 75. Karl and Wenzel create Sebastian and send him on a journey through time to the year 2050. There, he experiences four areas: the “culture city” Altenhausen, the self-reliant area Eigenleben, the metropolis Megapolis and the mini-conurbation Lowhausen.

Welcome to your future!

Audio Piece – We Old Ones

Special thanks to Arthur, Luis, Guillermo, Toralf and Norman 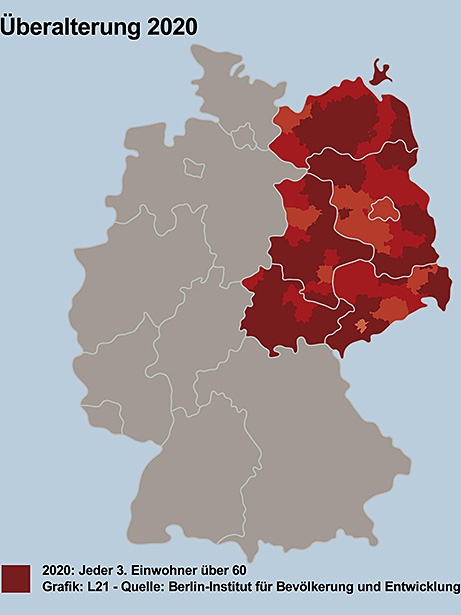 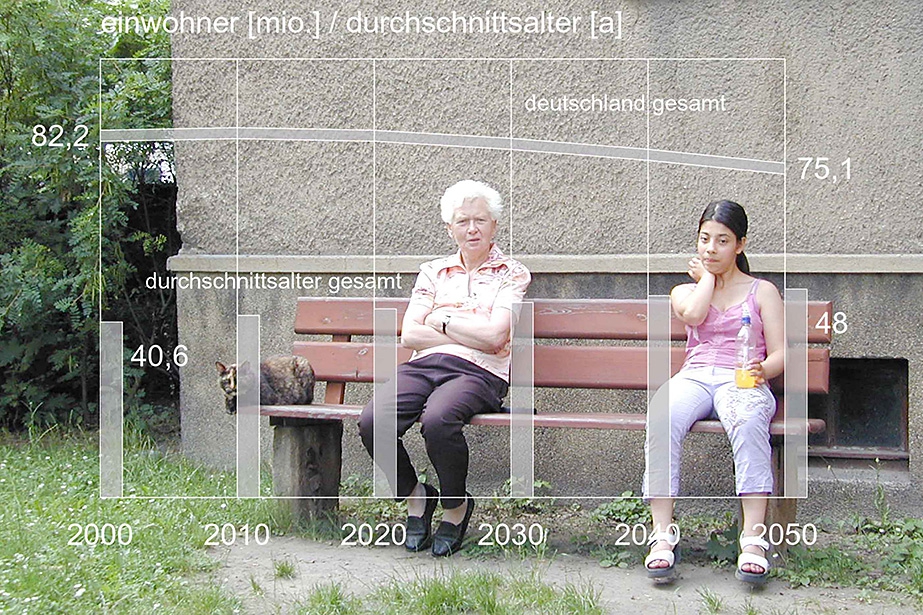 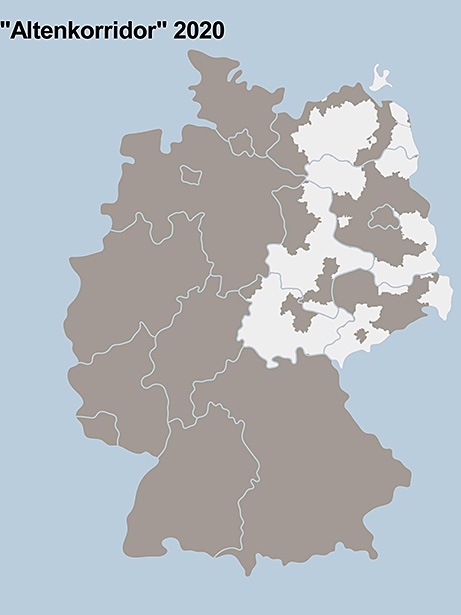 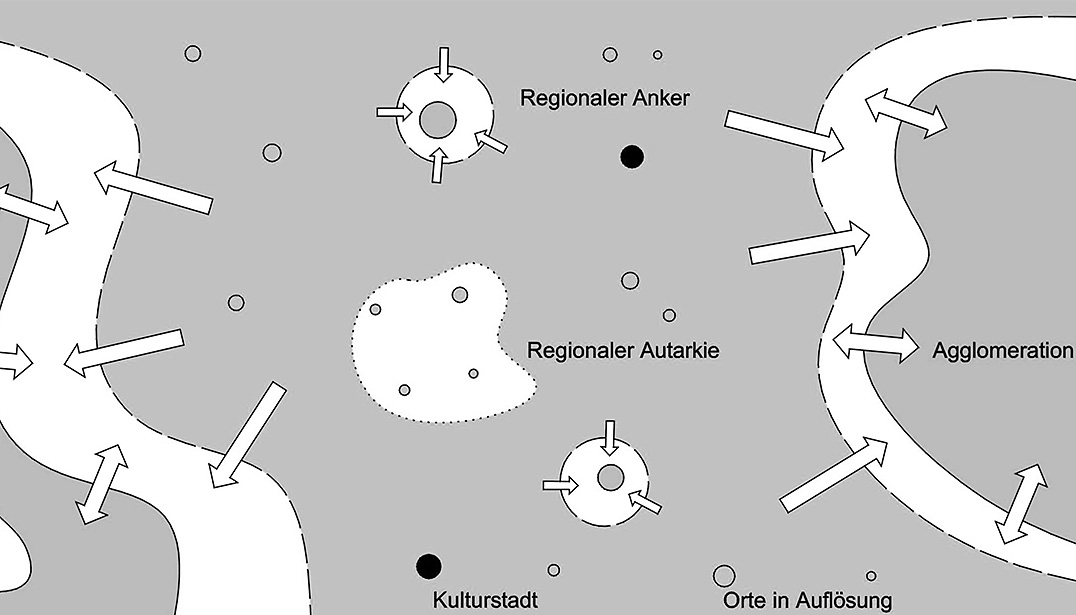 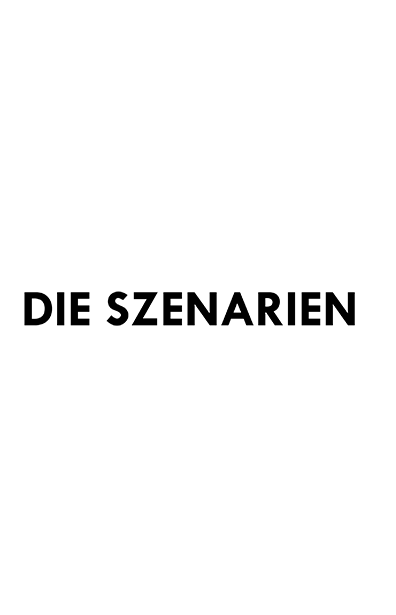 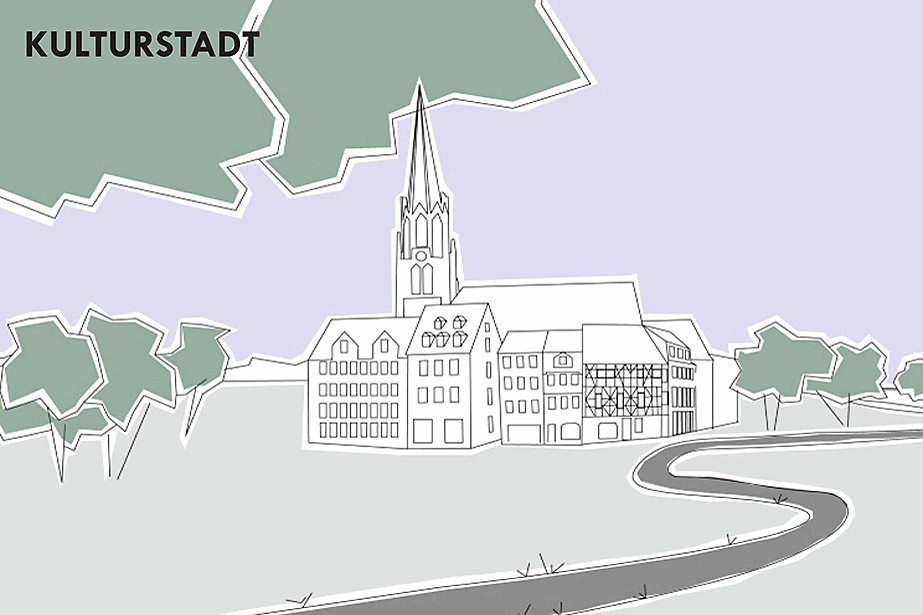 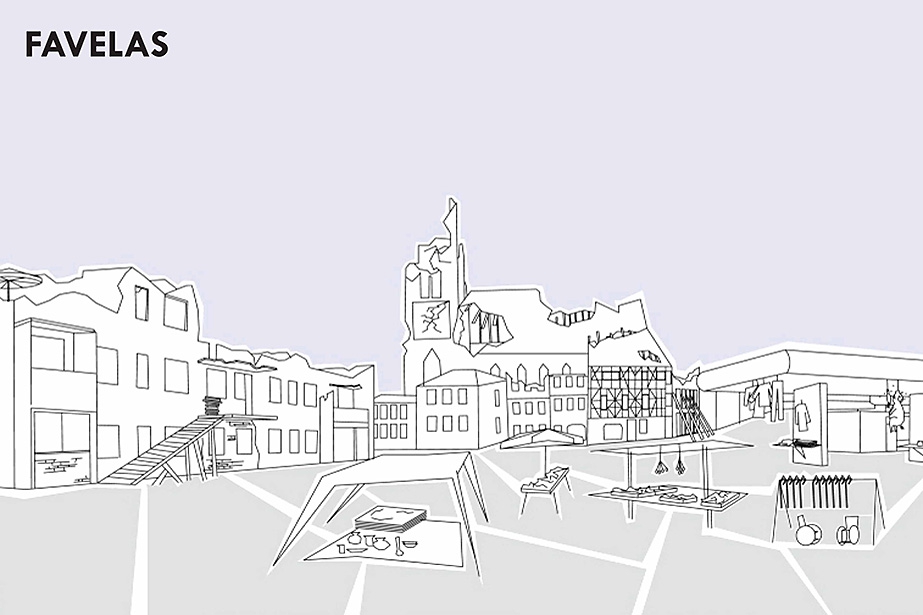 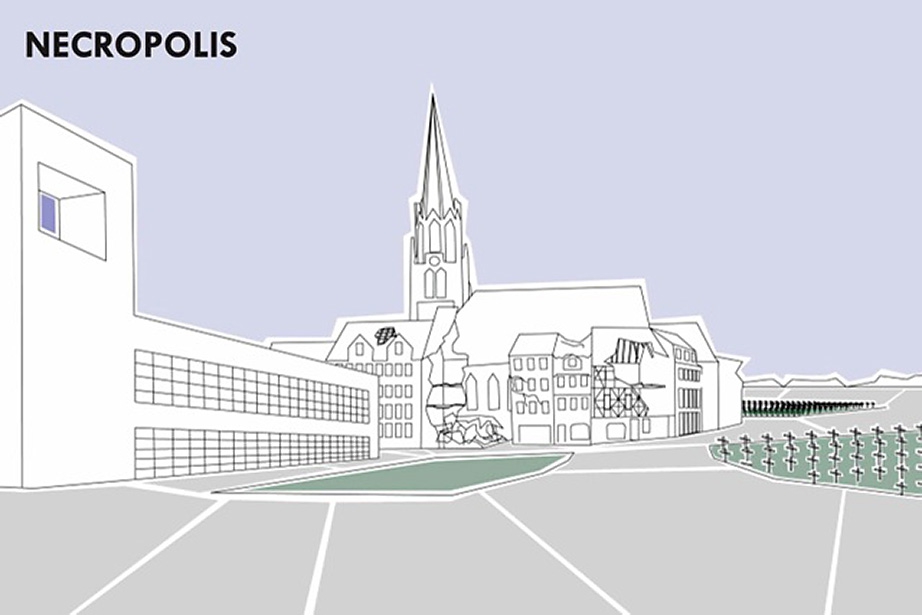 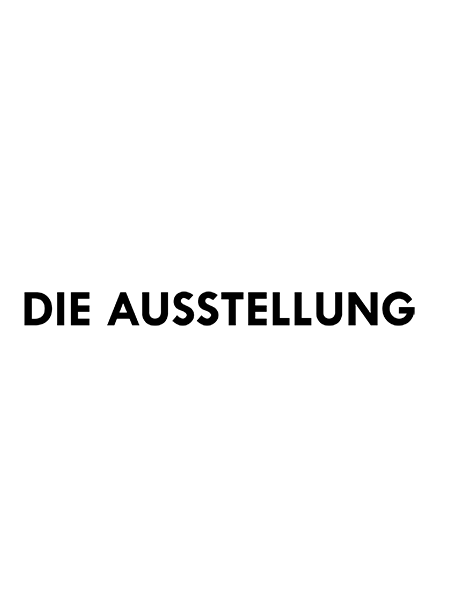 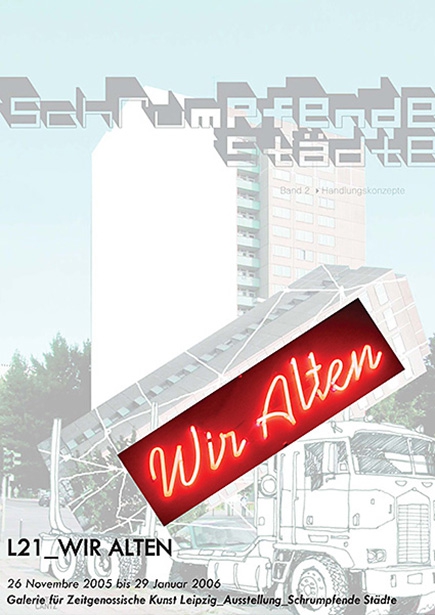 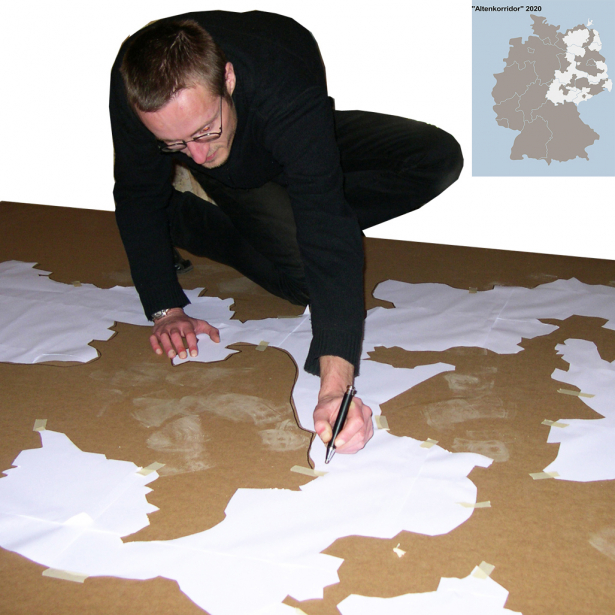 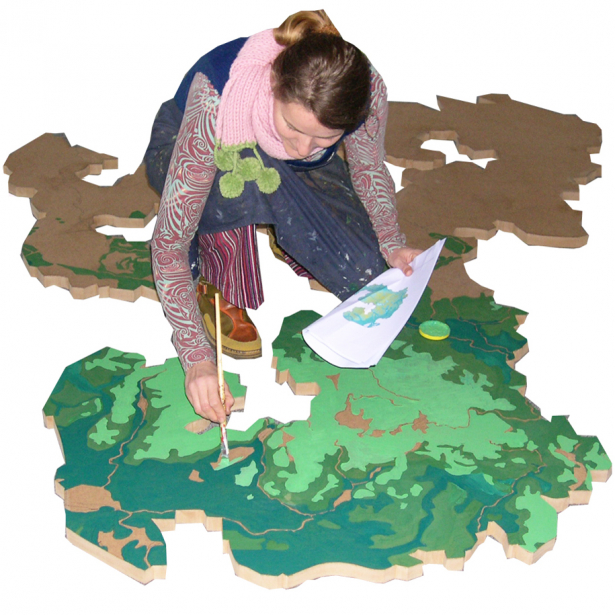 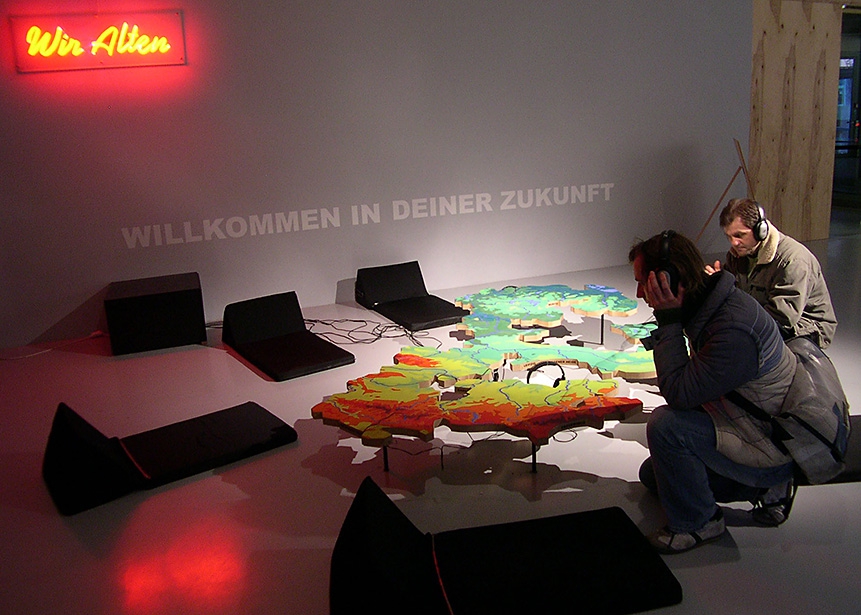 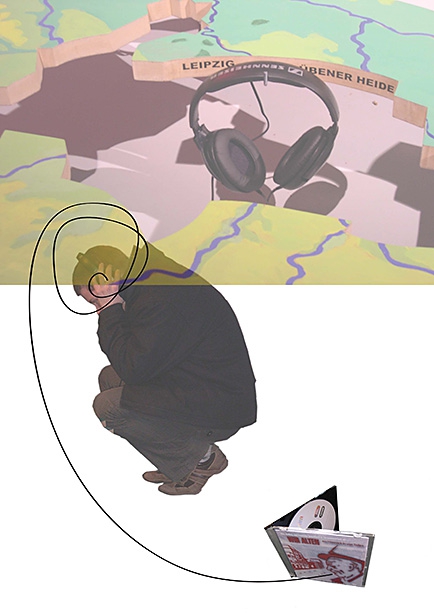 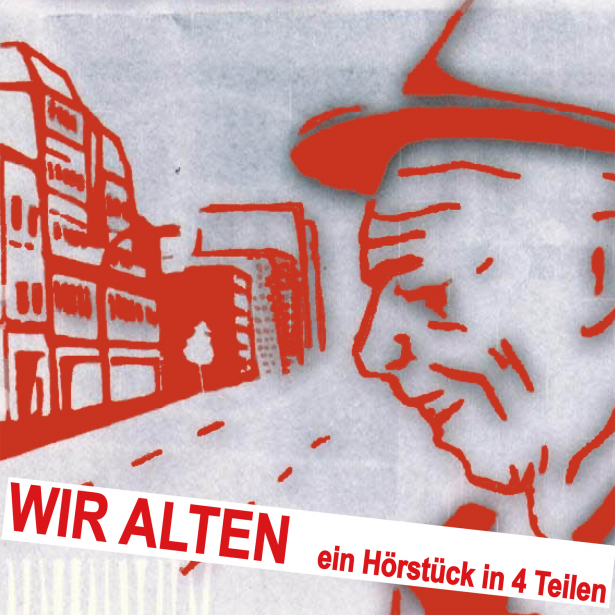 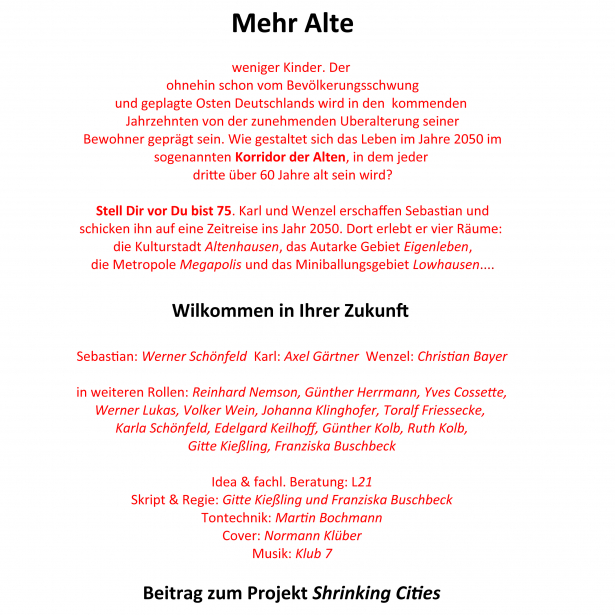